Tomorrow, my little daughter Norah is turning 10. (Ok, she is not so little, I’m just really playing into the sentimentality of this milestone birthday). And I am not ok. (I made this watercolour illustration today to self-soothe. It is from a photograph I took of her from a trip to Paris we took a few years ago).

There is something quite jarring about your baby exiting “The Land of Single Digit Birthdays”. When our son turned 10, I was completely fine. Of course, there was a wee twinge of sadness; I’m sure if my husband was forced to swear under oath in court, he could definitely attest to the odd whimpering noise here and there on that day.

But this birthday – this one hits different. I feel there are a few factors, making this one a more difficult pill to swallow. For one – she doesn’t act her age. She also doesn’t look her age. Perhaps I have already realized that 10 really is just a number, because the real Norah and her actual age just do not seem to match up.

Is 10 Considered Adulthood These Days? Asking For a Friend.

All jokes aside, I do know that ten is nowhere near adulthood. But I am shook/shooketh (is that how kids say it?) at how mature our daughter is.

When people speak of maturity in children – what comes to your mind? I was watching an episode of Housewives or Potomac last night, and a mother had her 2 year old daughter on the counter, sharp peeler in hand, shredding carrots.  Again, I was shooketh.

In that moment, I was both so impressed with this child, and irked with myself that our kids have not really grown basic culinary skills. Other than popping Eggos into the toaster, of course. Our kids do help out around the house in their own ways, and usually without much whining. Mostly sighing, though. 🙂

But what really strikes me as a mom to a tween girl is the maturity in relationships (particularly with family), clothing and make-up.

Sometimes, the big words she utters would have rendered 10-year-old me gobsmacked, fumbling through a dictionary. But it is also how she listens, validates, and shares in converations. I can tell you with 100% certainty I did not talk that way until having toddlers. So in that aspect, she is lightyears ahead.

Norah also loves to experiment with makeup, hairstyles, and clothes. I was not allowed to wear makeup at her age, and my wardrobe consisted of clothing from the Sears catalogue, hand-me-downs, or anything from Marks and Spencer’s that would make me look like a member of the Royal Family. (Hello, tartan!).

As an adult, I see makeup as a tool to self-expression, similar to wearing jewelry, or certain hairstyles. She loves watching tutorials and trying things out on herself. She has gotten quite good at it, actually, and I can’t wait for her to do mine one day! She often wears it if we go out, but chooses not to wear it to school (mornings are hard, peeps).

And the clothes! Norah loves wearing styles I didn’t even wear until I was in high-school – and beyond.  I think she sees a more mature Norah looking back at her in the mirror when she wears certain clothes, especially ones that cater to her self-expression. So, do some of them make me think “omg NO way, absolutely not”?  Of course. But I have given her free reign to decide what she thinks would be ok to wear to school, and what is ok out in public. And if she wants to tuck her entire sweater into her skinny jeans, then so be it. Who am I to say – “you know what, that looks awkward”.

Heck no. She is confident. She is loving the tight bunching at the waist. She is moving with swagger. If I criticize the outfit, the swag will die an early death, and I will somehow inadvertantly make her feel she can’t make a good choice in regards to herself. 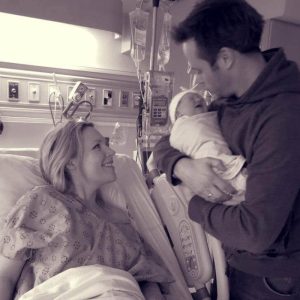 The day Norah was born, 10 years ago. 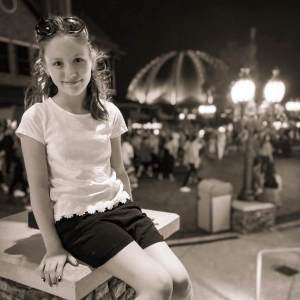 In a Sentimental Mood

Truth be told, I am a proud mom to a girl who is creative, kind, funny, thoughtful,  and giving. Seeing how she has grown into the fantastic person she is, is also heavily contributing to me being a big sentimental old blob right now.

Because at certain special milestones, you realize two things:

1. They are growing up. The babies years are officially over. The single digits have left the building. You reminisce about their little hands… how they felt in yours. Tiny little sweaty fingers set against the palm of your hand.  You remember how on certain days you wished for them to grow up so you could:

a) sleep
b) have more YOU time
c) have your bed back.

Of course all those thing did NOT change, *news flash*. But now you feel guilty about having had those thoughts at all. Because now your baby is 10 and weren’ t they just learning how to walk yesterday?

2. You are ultimately so proud of them. Who they have become, and where they are headed in their big little lives. Any and all hardships they have faced to date – they have done it well. You worry about outside things that could hurt them as they grow, but you don’t worry about them. They have already shown you what they are capable of, every day. And you know if they stumble, you will be there for them, however you can. We also know that life isn’t fair, and it doesn’t always turn out the way we planned. But you know they will rise above it, somehow, because they are that awesome.

And this is why turning 10 has made me a blubbering mess of goo. I am equal parts sad of seeing a poignant part of my life slip away from me, and I am equal parts celebrating a young life that has truly just begun.

If you are reading this, there is a good chance you are a fellow parent. And if so, I am sure that you have probably experienced a lot of the same emotions that I am experiencing at some point in your amazing journey of parenthood. (I also meant to add crazy. Yes let’s put it in there – CRAZY journey).

If you aren’t a parent, you might be a relative to a young person, who you love very much. And perhaps you also can share in these feelings.

The biggest takeaway from all of this is that the road ahead for our young kids is that life is a great big unknown. The paths we have taken to get here with these min-humans have all been different, not one journey the same.

But they have been guided by one common thing: Our steadfast, never-ending love.

And with that, we are so, so proud to usher our daughter Norah into this next stage of her incredible life. 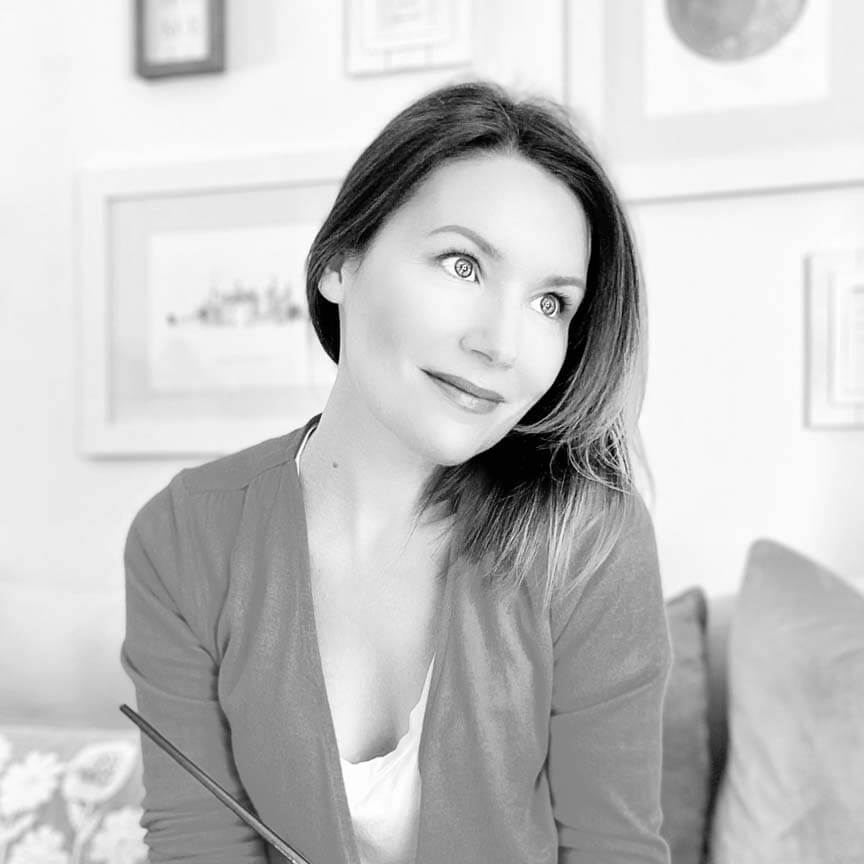 Leah writes about topics near-and-dear to her heart, ranging from art to mental health, family, and everything in between.

5 Symptoms of ADHD You Shouldn’t Ignore (Like I Did)